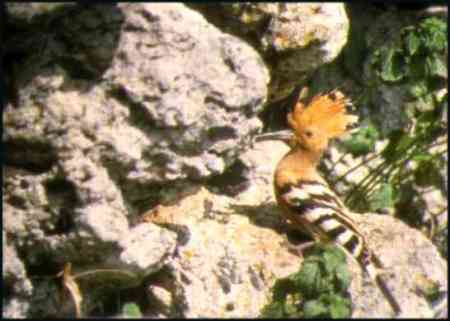 Quite unmistakable, with long curved dark bill and prominent black-tipped crest, either folded down or erected fan-wise.