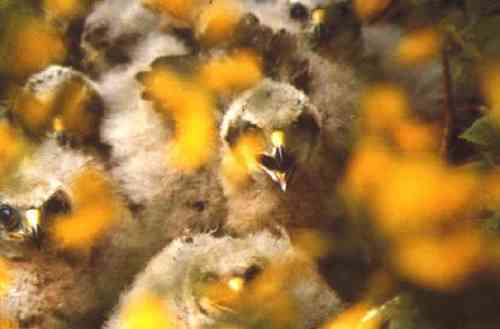 Male pale grey, with black wing-tips, differing from smaller male Montagu's Harrier in its prominent white rump (instead of white bar at base of tail) and no dark bars on the secondaries or rufous streaks on flanks and underwing.

Immature as female, without deep buff underparts of immature Montagu's.